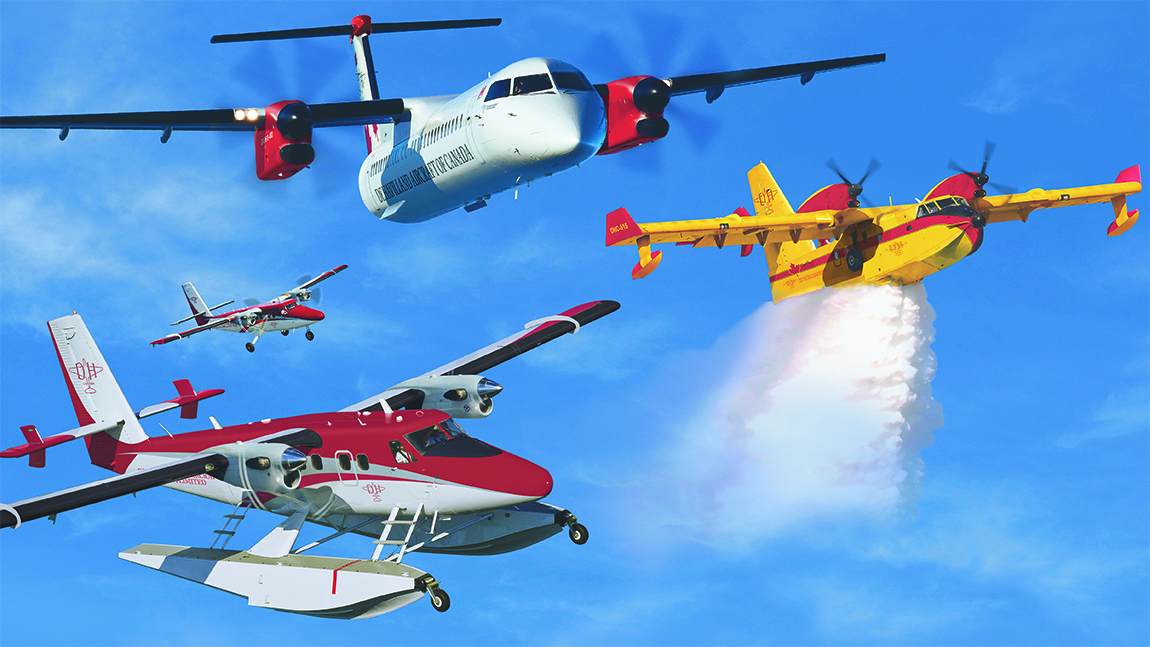 De Havilland Canada’s Chief Executive Officer, Brian Chafe and several members of the leadership team will attend the airshow to reinforce the company’s commitment to continue forging the legacy that was founded in 1928 to create a global aviation leader, drawing on the best aspects of the Canadian character – dependability, ingenuity and daring. During the airshow, the team will be located in Chalet C131-132 and is eager to discuss a range of topics relating to the Dash 8, Twin Otter and aerial firefighter programs, and the company’s aftermarket services. De Havilland Canada’s presence will include a fully missionized Twin Otter Guardian 400 aircraft on static display and a pavilion showcasing the new DHC-515 FIREFIGHTER™.

From one generation to the next, De Havilland Canada passes the torch of innovation to design aircraft that carry travelers, haul cargo, deliver aid, save lives, protect property, and explore the unexplored. From living icons – the Beaver, Buffalo, Caribou, Chipmunk and Otter that are known the world over – to today’s Dash 8, Twin Otter, and the recently announced DHC-515 FIREFIGHTER™ aircraft, De Havilland Canada has built aircraft ahead of their time. Aircraft that are built to last and engineered to outperform.

“Looking ahead, our company is focused on growth as a new generation prepares to make its mark, and our ambition is to be the trusted leader in special mission, transport, and utility aviation solutions,” said Mr. Chafe. “That means service solutions that are tailored for our customers’ needs in a world of constant change, and aerospace solutions that keep communities connected and help address the challenges of climate change.

“With our centennial anniversary on the horizon, and generations of excellence on our side … we’re ready for the future and we look forward to participation in this year’s Farnborough International Airshow,” added Mr. Chafe.

About De Havilland Aircraft of Canada Limited
With more than 5,000 aircraft delivered, De Havilland Aircraft of Canada Limited (De Havilland Canada) is well established across the globe and our talented team of aviation professionals is dedicated to advancing our near-100-year reputation for excellence in innovation, production and customer support. Our aircraft operate reliably in some of the world’s harshest climates and provide vital connections between rural communities and urban centres – transporting essential cargo and millions of passengers annually. Our aircraft also support a wide variety of special mission operations including aerial firefighting, search and rescue, medical evacuation, reconnaissance and coastal surveillance. In February 2022, De Havilland Canada became the operating brand for the companies that previously operated as Longview Aviation, Viking Air Ltd, Pacific Sky Training and De Havilland Canada. https://dehavilland.com